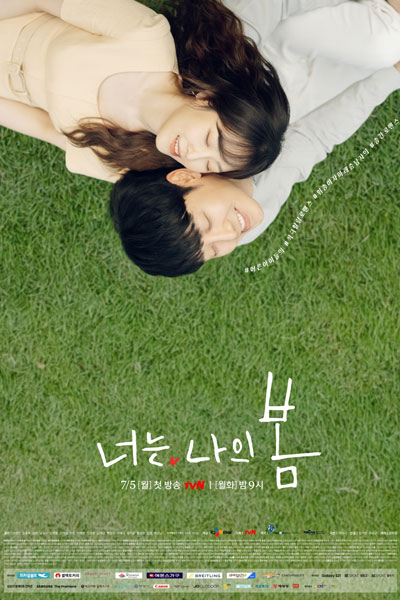 About three characters who each live on with their seven-year-old selves in their hearts. All of the characters are held back by the keyword “salvation,” and the story begins there. The drama aims to be a “healing” romance story of seven-year-olds hiding behind adult facades. Kang Da Jung is a hotel concierge manager who takes after her father’s brains and her mother’s resourcefulness. She has never attended a private cram school like her peers, but she enters and finishes college with scholarships. She then goes on to find a job at a five-star hotel and rises up to the manager position faster than any of her fellow employees who were hired at the same time as her. Her problem is that she also takes after her mother’s poor choice in men and dates men who are terrible like her father. Joo Young Do is a psychiatrist who helps others heal their emotional wounds and find the will to live. However, he himself bears his own scars from not having been able to save his older brother and one of his patients. Chae Joon is the head of an investment company who suddenly appears in front of Kang Da Jung one day and seems to understand her perfectly. Ahn Ga Young is an actress who has become fearful of love after being hurt by her manager, who was also her boyfriend.
Cast Stars
You Are My Spring (2021) trailer:
View More Video Show All Episodes
Comments
Comments
Follow us on
News Telegram Discord