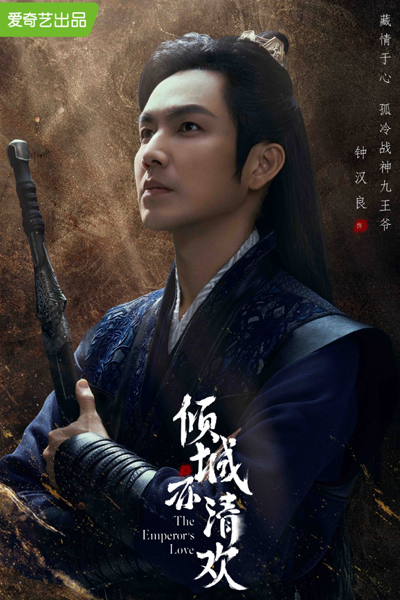 A love story revolving around the mysterious and unpredictable God of War of the North Mu Kingdom, Zhan Qing Cheng and the daughter of the Feng family, Feng Qing Huan. Zhan Qing Cheng is the God of War of the North Mu Kingdom, the 9th prince who is good at strategizing and has killed thousands of enemies on the battlefield. He is mysterious and unpredictable. He also has cold personality and a handsome appearance. He seems vicious but actually has a heart of gold. His hand is full of blood and deep hatred, but Feng Qing Huan’s appearance is like a warm sun, warming his cold life. Feng Qing Huan is an intern doctor who has been studying medical for ten years. She is the least favored daughter of the Feng family. She faces an unprecedented crisis of life and death, she pretends to be naive and stupid, but actually, she is smart and wise, with a vast heart, strong and kind-hearted. She does not want to deal with Zhan Qing Cheng, but without realizing it she is very much trapped in the love of life and death. Adapted from the novel 'King's woman, who dares to move' (王的女人谁敢动).
Cast Stars
View More Video Show All Episodes
Comments
Comments
Follow us on
News Telegram Discord