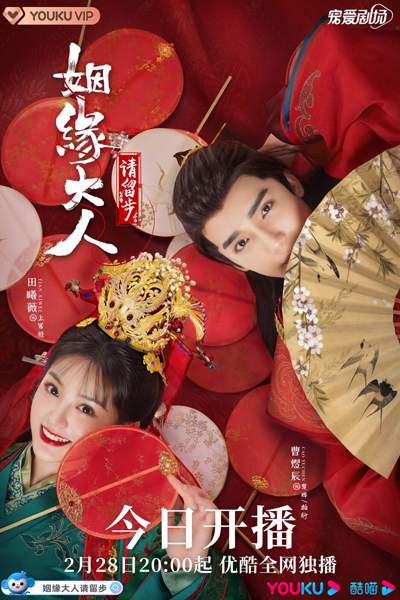 As a ten thousand year old immortal, Bo Yan should have had plenty of experience keeping the affairs of the mortals under his care in check. But when the ancient immortal accidentally messes up a number of marriages within the mortal world, he has no choice but to accept the consequences of his actions. Demoted from his post in the heavens, Bo Yan is sent to the mortal realm to experience the trials faced by the humans he spent so many years watching over. Falling from the sky, Bo Yan finds himself crossing paths with Shangguan Ya, the owner of a successful matchmaking business, in a most unexpected way. A quirky young woman with quick wit and a brilliant mind, Shangguan Ya isn't sure what to make of Bo Yan at first. But as they begin to spend more time together, it soon becomes apparent that they're tied together by more than a mere coincidence. Sharing a desire to save the world's marriages from chaos, Bo Yan and Shangguan Ya embark on a journey to do just that. Working together towards a common goal, the two begin to realize their feelings for each other have changed dramatically since their first encounter, but can a human and an immortal really be each other's destiny?
Cast Stars
Ms. Cupid in Love (2022) trailer:
View More Video Show All Episodes
Comments
Comments
Follow us on
News Telegram