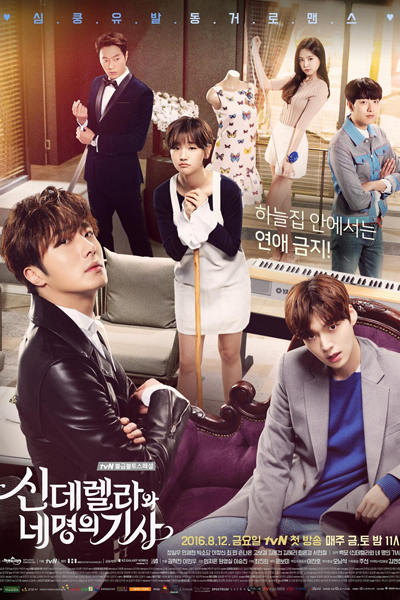 Eun Ha Won is in her third year of high school with dreams of becoming a teacher. Unattached from her father, step-mother, and step-sister, and poorly treated by them, Ha Won still manages to maintain her bright personality and strong set of morals, working various part-time jobs to pay for her upcoming university tuition fees and keeping her eyes firmly glued to her goals. Meanwhile, in another part of the city are three spoiled cousins, Ji Woon, Hyun Min, and Seo Woo, living together in a mansion called Sky House. With their wildly different personalities - Ji Woon a tough guy, Hyun Min a playboy, and Seo Woo a musician - they all deeply dislike each other and prefer to be as far away from each other as possible. One day, their grandfather orders his 3 grandsons to attend his 5th wedding ceremony. Hyun Min doesn't want to go, but ultimately ends up hiring Ha Won to be his date for 3 hours so he can upstage his grandfather. His plans don't completely pan out, however, when the grandfather witnesses Ha Won's no-nonsense attitude towards Hyun Min and decides to hire her as a live-in butler and drill sergeant of sorts at Sky House. What follows is a lot of shenanigans, love triangles, drama, and plenty of sass.
Cast Stars
Cinderella and Four Knights (2016) trailer:
View More Video Show All Episodes
Comments
Comments
Follow us on
News Telegram Discord