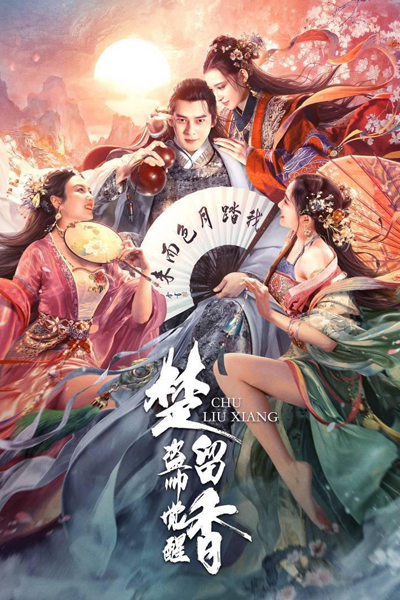 Chu Liu Xiang is a hard-drinking newcomer to a realm dominated by magic-wielding martial artists. He is a supremely talented martial artist, but he is still green, and yearns to become a virtuous thief, robbing the rich to redistribute their wealth to the poor, both on land and at sea. His swashbuckling adventures lead him to the Divine Water Palace, whose new ruler is Mu Qian Yu. At first, Chu Liu Xiang takes Mu Qian Yu for an equally hard-drinking man, who appears to be a womanizing Alpha Male with outstanding martial arts abilities. But when fate forces him to team up with Mu Qian Yu, he learns that the ruler is actually a woman who has disguised herself as a man in order to gain her position. The duo team up to fight the forces of evil, and eventually fall in love. But fate intervenes again, separating them for many years. When they are finally reunited, Chu Liu Xiang has become a formidable bandit of great repute. But this time, the forces of evil have something much tricker in store – does this lovestruck duo have what it takes to fight back? Adapted from the novel series "Chu Liu Xiang" (楚留香傳奇) by Gu Long (古龍).
Cast Stars
Chu Liuxiang: The Beginning (2021) trailer:
View More Video Show All Episodes
Comments
Comments
Follow us on
News Telegram Discord