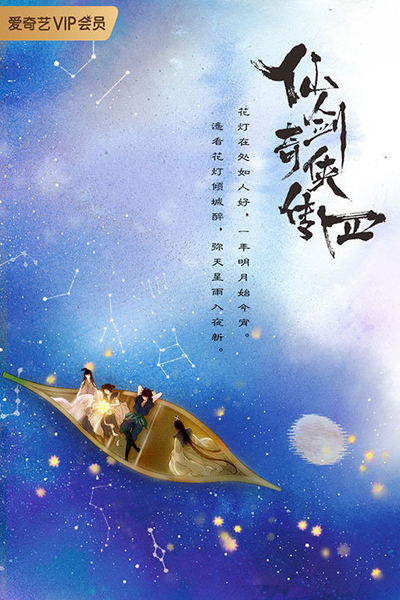 This fourth season took place prior to the "Chinese Paladin 3" season. Yun Tian He, a young man who had been living alone on a mountain peak, was on a regular boar hunting trip when he came across the young woman Han Ling Sha, from a clan of short-lived tomb raiders, attempting to break into his parents' tomb, culminating in the destruction of the tomb, and setting him on a journey alongside Ling Sha to the outside world to uncover his parents' past. On the journey, they encountered and befriended the adopted daughter of the magistrate of Shouyang, Liu Meng Li, who seemed to have connections to Tian He's father, and a skilled and kind swordmaster who trained at Mt. Kunlun's Qionghua School since a young age, Murong Zi Ying. Based on a popular RPG of the same name.
Cast Stars
View More Video Show All Episodes
Comments
Comments
Follow us on
News Telegram Discord