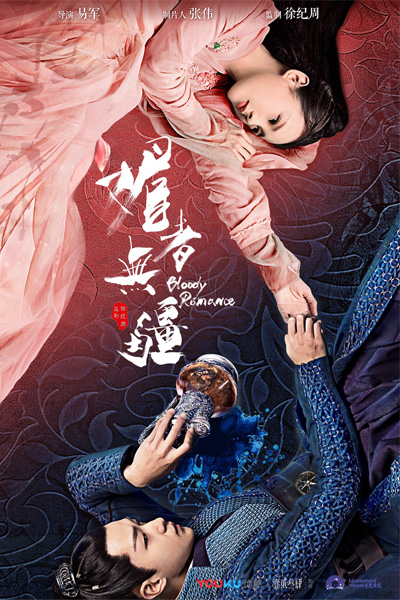 In the turbulent interregnum following the collapse of the Tang dynasty, a young daughter of an herbalist is tricked and sold to a brothel. After a harrowing escape from death, she finds herself in a city of female assassins. Assuming the name Wan Mei, she begins to learn the ropes of being an assassin from Chang An, a young man who acts as her guide and warden. Over time, Wan Mei and Chang An begin to develop genuine affection for each other. But Cha Luo, the leader of the assassins takes a dislike to Wan Mei and plots against the couple with her cohorts. Wan Mei's personality and gifts cause Gong Zi, the hidden owner of Gui Hua City to take an interest in her. Burdened by his hidden identity, Chang An begins to distance himself from Wan Mei. The protagonists find themselves embroiled in escalating conspiracies involving deadly betrayals and struggles for power.
Cast Stars
Bloody Romance (2018) trailer:
View More Video Show All Episodes
Comments
Comments
Follow us on
News Telegram Discord