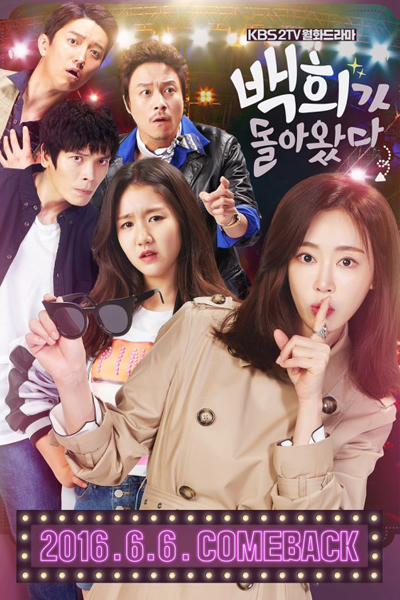 Why would a woman return to her sleepy hometown after 18 years? Yang Baek Hee was quite popular in her small hometown of Sumwol Island but left 18 years ago under a shroud of scandal when she became pregnant. In the intervening years, Baek Hee has married a doctor and become a polished, top salesperson for a home shopping network. When she moves back to Sumwol Island, Baek Hee brings her 18-year-old daughter, Shin Ok Hee. The rebellious Ok Hee thinks her mother is the pinnacle of uncool. But she begins to see her mother in a new light as she learns about Baek Hee’s past on the island. When Ok Hee meets three men from her mother’s childhood — Woo Bum Ryong, Cha Jong Myung and Hong Doo Shik — could one of these men be her father?
Cast Stars
Baek Hee Has Returned (2016) trailer:
View More Video Show All Episodes
Comments
Comments
Follow us on
News Telegram Discord