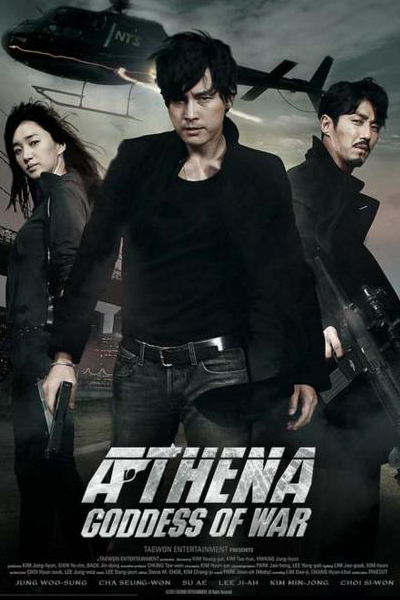 Jung Woo, an NTS (National Anti-Terror Service) agent, is assigned on a mission in Italy while he was getting involved with Hae In who works at the NIS (National Intelligence Service) but in the public relations department. The South Korean president's daughter is kidnapped by terrorists when Korea develops a new nuclear technology that will shake the world energy market. In a situation where it can become a national emergency, the US shows its support by dispatching its head of East-Asia at DIS (Department of Information for Security) named Son Hyuk. But most surprisingly, Jung Woo finds a "black agent" joining them, a top-secret organization within NIS that only takes on impossible missions and that it is no one other than Hae In. And there, the three make their fateful encounter. With Hae In's remarkable help, NTS rescues the president's daughter, and having revealed her identity, she is assigned as Jung Woo's partner while Son Hyuk is ordered by the U.S. government to supervise any further developments of South Korea. As South Korea gets closer to completing the new nuclear reactor, numerous terrors begin against them. Jung Woo discovers that there is a secret society called Athena that has great power over the world's energy resources and that they are the ones behind them. But as he gets closer to finding out the truth, mysterious events unravel and he finds pieces of evidence that indicate that both Hae In and Son Hyuk are involved with Athena.
Cast Stars
Athena: Goddess of War (2011) (Movie) trailer:
View More Video Show All Episodes
Comments
Comments
Follow us on
News Telegram Discord