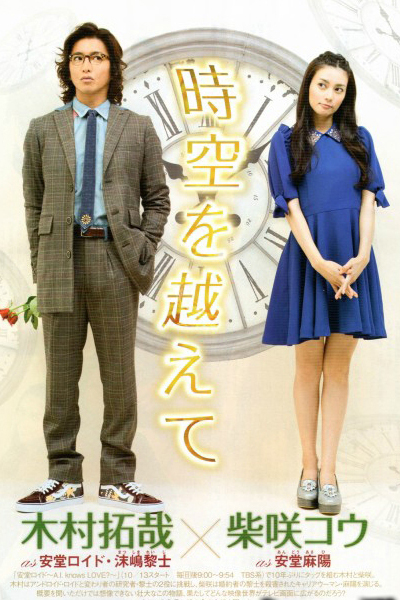 Reiji Matsushima is a genius physicist. He realizes that he and his fiancé Asahi Ando will be killed a the theory which he advanced. One day, in the year 2013, Reiji dies in a airplane explosion & crash. He was a handsome and world-famous professor who studied wormhole theories. It is a mystery whether his research on wormhole theory caused his death or not. His fiance Asahi is a capable career woman working at a large IT company. She is beautiful and smart, but she met Reiji and fell in love with him. Her days with Reiji were happy, but one day he dies and somebody tries to kill her. Asahi doesn't know why someone wants to end her life. Lloyd, who looks exactly like her dead fiance Reiji, suddenly appears in front of her. Lloyd came from the year 2113. His mission is to protect Asahi from any risky situations. Without Asahi's knowledge, Lloyd fights to protect her. Lloyd doesn't know what "love" is and doesn't understand human anger or sadness. At first, Asahi doesn't like Lloyd, but slowly her feelings change. Lloyd also begins to develop feelings for her.
Cast Stars
View More Video Show All Episodes
Comments
Comments
Follow us on
News Telegram Discord