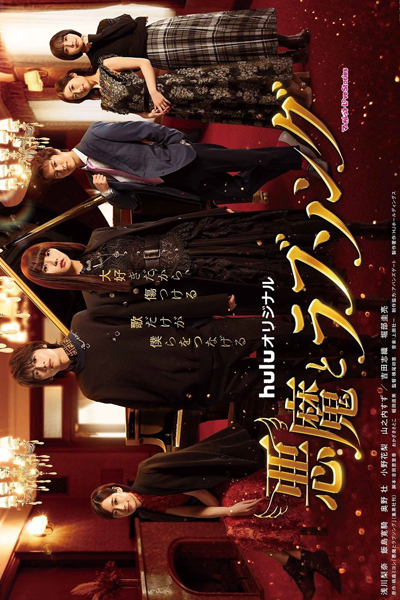 Other name: 悪魔とラブソング あくまとラブソング A Devil and Her Love Song The Devil and Lovesongs

Kawai Maria transfers to Totsuka High School after being expelled from her previous school. Upon entering the classroom and hearing the students gossip, she bluntly states that the reason for her expulsion was an act of violence against her former teacher. The sharp tongue and frank nature hidden under her pretty face immediately makes her an outcast among her classmates. After all, she was told that she "taints others." Nevertheless, Maria hopes for a fresh start. She manages to become close with two of her classmates after they hear her beautiful singing. One is Yusuke Kanda, who's kind and friendly to everyone on the outside, but inside isn't that way at all. He teaches her a "lovely spin" which should help her get along with others better, but it just makes her seem even more intimidating. Maria, apparently, isn't a "lovely spin" kind of a girl. The other is Shin Meguro. He is tall, dark-haired and always frowning. Coming from a family of musicians, he knew right away which song Maria was singing. Meguro is a returnee but Maria points out that because he lacks communication skills he doesn't really know how to speak English. Throughout the year Maria faces many problems, mainly relating to getting along with others but soon resolves it with the constant help of her friends and bluntness. Adapted from the manga "Akuma to Love Song" (悪魔とラブソング) by Toumori Miyoshi (桃森ミヨシ).
Cast Stars
Akuma to Love Song (2021) trailer:
View More Video Show All Episodes
Comments
Comments
Follow us on
News Telegram Discord